15 February 2019 Posted Under: Uncategorized No Comments 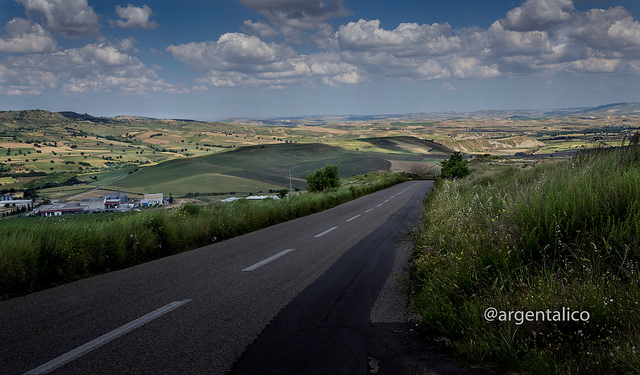 Basilicata is one of the regions perhaps less known areas of our beautiful Italy, Yet if you still do not know her and decide to organize here your next vacation, you will realize as I did, than it really is beautiful and rich in natural and architectural treasures.
A stimulating tour thanks to a path Basilicata coast to coast, just like Rocco Papaleo in film, retracing the most picturesque stages by car or motorbike.

Maratea and its surroundings are the only outlet of Basilicata on the Tyrrhenian Sea, a strip of land wedged between Campania and Calabria, with a rich hinterland of mountains and various landscapes and very suggestive that change rapidly from seascapes, dense forests, from villages perched on the hills to the rugged coastline with small coves. Places you will love at first sight.

Your tour starts just like in the movie, from the historic center of Maratea, with the typical long and narrow streets that recall an original medieval, with its churches, old houses and squares that come alive at night thanks to the many bars and restaurants.

The coast of Maratea like you in particular, but I suggest you take some 'time also exploring this city especially its oldest village, near Monte San Biagio. Parts of the central square and Buraglia, Take Via Cavour reach the obelisk dell'Addolorata behind which is also the namesake church.

Exceeds the eighteenth-century palace Picone e, reached broad Palace, coming down the stairs to the lookout Stone of the Sun, an angle of Maratea from which you can enjoy a splendid view. Keep at hand your camera.

Continue to wander, then, in his ways and follow the signs comes to the Mother Church and the S. Maria Maggiore Square.

As I had anticipated, this stretch of the Tyrrhenian coast is particularly striking. Troops from Maratea to to head north to the hamlet of Fiumicello-Santa Venere, where there are many tourist facilities, including craft shops and local products, rooms and hotel facilities.

The beach at Fiumicello, in particular, is among the busiest in the area while the village of Cersuta, by beautiful greenery, You can reach beautiful coves and less crowded as the beach at Cape Nave, Rena Carruba, reached by sea or that “On Nastru”.

As it moves further north, You reach the fraction of Acquafredda that develops into a gorge between mountains and sea. In this part of the coast you will have the opportunity to visit various natural cavities such as the Cave of the Dream, that of Columns, the cave of Zu Monaco and the Caves of Fogiaro. Among the most beautiful beaches you point out to Porticello, the Falling Stones and Maritsa.

By moving towards the south, invece, meet other surroundings of the town of Maratea like Porto, Marina di Maratea and Castrocucco. Also here you will find beautiful beaches and high cliffs and jagged rich in inlets and coves where you can stop if you are passionate about diving and snorkeling, to discover the wonderful depths.

Through the SS653, in about two hours, you can cross internal areas and continue your route by moving Basilicata coast to coast on the Ionian coast from Metaponto to arrive, then Nova Siri, last part of this region before the Calabria.

This part, in addition to being well-known for its natural beauty, It is also rich in relics from the past, linked to Ancient Greece. Metaponto was founded by Achaean colonists and its Archaeological Park, museums and Palatine tables, They are the strong point of this territory.

The center of Pisticci, invece, It offers visitors the chance to admire the urban examples of the eighteenth century, while the baronial palace in Scansano Ionic testifies administrative power fiefdoms until the early 1900.

After this visit, the tour continues to Policoro, l’antica Heraclea, and the Natural Reserve Bosco Pantano. As it happened to me, This path Basilicata coast to coast will give you a great opportunity to discover places that are too often forgotten, most of the time outside of the usual tourist spots but for this have remained intact and ready to welcome.