The Museums of Basilicata

3 October 2017 Posted Under: Events and News No Comments

The Museums of Basilicata: MUSMA

The many museums of Basilicata are testimony to the rich and varied past of this narrow region in the heart of the South. Borderland, step towards the caves of St. Michael and home to historical figures such as Frederick II and the Roman poet Horace, the region has been inhabited since ancient times, as evidenced by archaeological finds which you can admire in the Museum of Basilicata.

The Museums of Basilicata: Melfi

An important and flourishing outpost conquest of Altavilla and Normans who will put the region at the center of Italian political life, you will find the National Archaeological Museum of Melfi “Massimo Pallottino”.

There are also the ceramics of Magna Greek origin with polychrome decorations or red base. You will also admire the great marble sarcophagus “Sleepy” richly decorated in relief Roman times probably coming from workshops of Asia Minor.

The Museums of Basilicata: A “Grumentum“

The National Archaeological Museum of Alta Val d'Acre Grumento Nova will amaze you with the wealth of finds from the imperial, Grumentum when it was founded by the Romans, but also finds dating from the fourth century. A.C.. such as ceramics, fibulas in bronze, coins and weapons coming from the excavations of Montemurro and even votive statuettes dating back to a rural settlement dated III century. A.C..

Excavations of “Imperial Baths” Instead four greek marble statues are from the second century. D.C.. depicting a Dionysus, two nymphs and the lower part of Aphrodite.

Located in the Palace Lofreddi you can take a trip through different historical periods, well divided into sections, enotri by the ancient settlements to the Roman era and admire, besides the finds, the reconstruction of some Roman villas and an old fountain at the entrance. Do not Miss the reconstruction of the temple dedicated to the goddess Mephitis Rosssano coming from the excavations of Vaglio.

Most artifacts are replicated within archaeological reconstructions of the areas of origin according installations that will not leave indifferent.

The Museums of Basilicata: Metaponto

You'll take a real leap in Ancient Greece in one of the smallest museums in Basilicata but also among most of which finds rich is the National Archaeological Museum of Metaponto in Bernalda in the province of Matera.

It equipped with glass cases containing objects of rare beauty, accompanied by illustrative panels and captions, It located in the border between the province of Achaia and the Doric Metaponto Taranto as you read so much about in history books.

Not far away you can admire the famous Palatine Tables, remains of the Temple of Hera and the area of ​​Metaponto evocatively lit excavations. 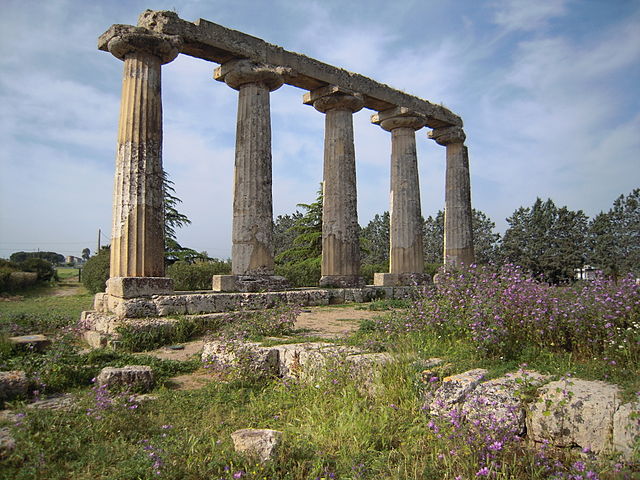 Do they expect to valuable archaeological collections National Museum “Domenico Ridola” Matera. This city, besides being an open air museum for its famous “Sassi”, houses this interesting museum with an impressive collection of ceramics with red figures and is rich in historical information.

Among the beautiful rooms there also the reconstruction of a prehistoric cave, rare recordings and a skeleton. And the kids will have to know the past with the theater. A special mention deserves the study of Dr.. Ricola, where you will find a wide collection of antique medical instruments.

In Matera, do not forget to visit the many sections of the Medieval Art Museum hosted in the prestigious Palazzo Lanfranchi.

The Museums of Basilicata: Policoro

Among the museums of Basilicata there is of considerable interest to the Sirtide in Policoro, which houses the findings discovered in the Greek city of Siris and Herakleia over some inland towns.

You can admire the most ancient artifacts made of Magna Grecia, funerary objects dating back to IV-III century. A.C.. and fine filigree jewelery products from exclusive craftsmen of. Important exposed grave goods are attributed to the VII-th century B.C. and are characterized by the bronze armor and Etruscan vases bucchero well preserved.

1) The Museums of Basilicata => VisualHunt