22 June 2017 Posted Under: Events and News No Comments
Se vai a Castelmezzano, what to see is not really a dilemma: why are so many things to see and admire, to be enjoyed as a tourist feeling still part of this place from the extraordinary suggestion that seems to come straight from the pages of a storybook. 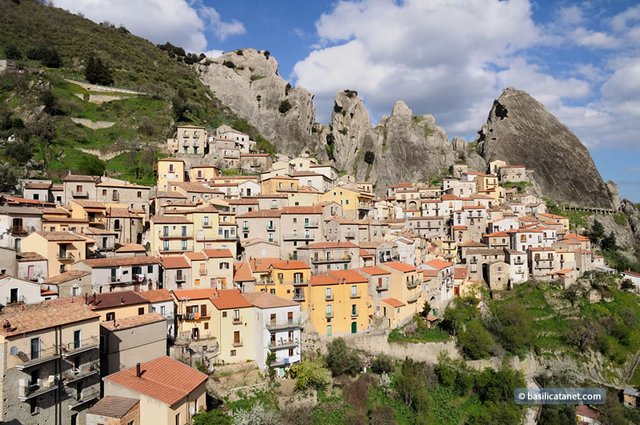 Castelmezzano is, as stated in its name, a place in the middle, the passage between reality and fantasy, between the past and the present.

To put it all Castelmezzano is not a well known tourist destination, as it has been included among the most beautiful villages in Italy and how Arthur Frommer, who was one of the first to write guides, He called this small town in Basilicata “the best place in the world”.

Castelmezzano has earned Also named “city ​​landscape” for its particular urban conformation, who sees, as if by magic from Dolomiti Lucane. In fact, the municipality is located within the Regional Park of Gallipoli in Law, in the province of Potenza, separated by a valley from another small town, Pietrapertosa.

As you get to Castelmezzano

When you get to Castelmezzano you must cross a rocky gorge, which ends in a tunnel and finally opens into a natural amphitheater at the center of which stands the agglomeration of houses, inhabited by just over 800 anime.

Around the house, such vigilant sentinels placed here by a millennial will, stand the Golden Eagle, the owl, the Great Mother, the anvil and the Lion's Mouth. It is huge sandstone peaks that time has consumed up to give singular forms, from which the names that popular imagination has saddled them.

If you addentri between lanes, you are spent to inerpicarti on rocky ridges of stone. Here nature and man's work have merged so perfect and so essential to form a harmonious and amazing for those who are not accustomed.

The first core of modern Castelmezzano almost certainly dates back to the VI-V century BC, when the Greeks colonized the valley of Basento. Its current structure, however, formed itself in medieval times, from the construction of the Norman fortress which was called Castrum Mediani, hence the name Castelmezzano.

Even today it can see the remains, which you can be reached by climbing a narrow path. Later the territory became a dominion of the Aragonese and the country settled some noble families, as evidenced by the highly prestigious buildings that you can see inside dell'incasato.

What more than anything else strikes the eye when you arrive in Castelmezzano It is definitely the breathtaking view. From here you can take many nature trails that allow you to explore the area: the most famous is the one called the Seven Stones, which follows in the footsteps of ancient folk legends about witches and leads up to Pietrapertosa. There are also numerous sheep tracks that allow you to go down to the valley of Caperrino.

Here the buildings more interesting are the old mills from the roofs built with local stone slabs. In the country to strike the attention is the majestic Romanesque facade of the church of Santa Maria dell'Olmo, inside which there is the homonymous wooden statue dating back to the thirteenth century.

What to do in Castelmezzano

There are two events that more than any other catalyze the attention of the villagers and tourists. The first, the most spectacular but suited only to the strongest hearts, It is the so-called “angel Flight”. You can tie yourself to a steel cable and fly over the valley that divides Castelmezzano to Pietrapertosa: a truly unique spectacle, allowed only to birds and angels. 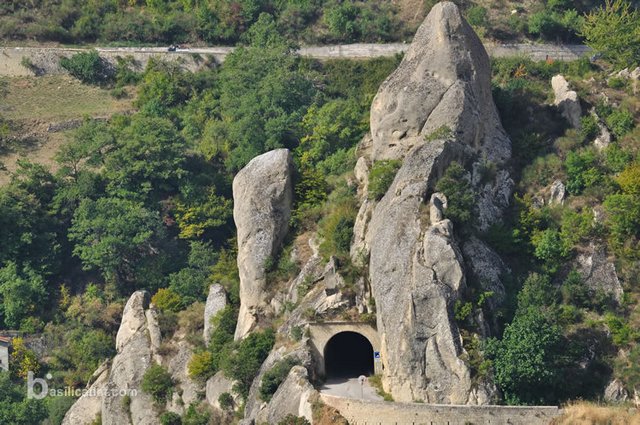 Castelmezzano What to See: Dolomiti Lucane

The main celebrationand instead it is Sagra du'Masc, the Festival del Maggio, which takes place in September on the occasion of the anniversary of St. Anthony of Padua. They choose from the surrounding woods a trunk of oak and a top of holly that are made “to marry” in the main town square.

What to eat in Castelmezzano

Now you know what to do in Castelmezzano: The village offers plenty of ideas to visit and a landscape without equal, but like any other small Italian village does not neglect hospitality linked to good food. Those who come here can not help but feel the peppers “cruschi”, or sun-dried and then fried, and local sausages.

Sitting at the table of one of the restaurants which open on the village streets at sunset you'll feel at peace with yourself and with the rest of the world.

1) Castelmezzano what to see => Angel flight